Ken Brown recalls life around ships, engines and peas and beans, from Cornwall to Great Yarmouth and Australia and back.

Leaving school for a life at sea

In 1946 I left school at the age of fourteen. We’d moved to Cornwall in 1939, away from the front-line East Coast, to join my father who was fishing out of Newlyn. Since the age of ten my ambition was to follow my father and brothers and go to sea, much against my mother’s wishes. I was keen on making things and decided to try and become a marine engineer. 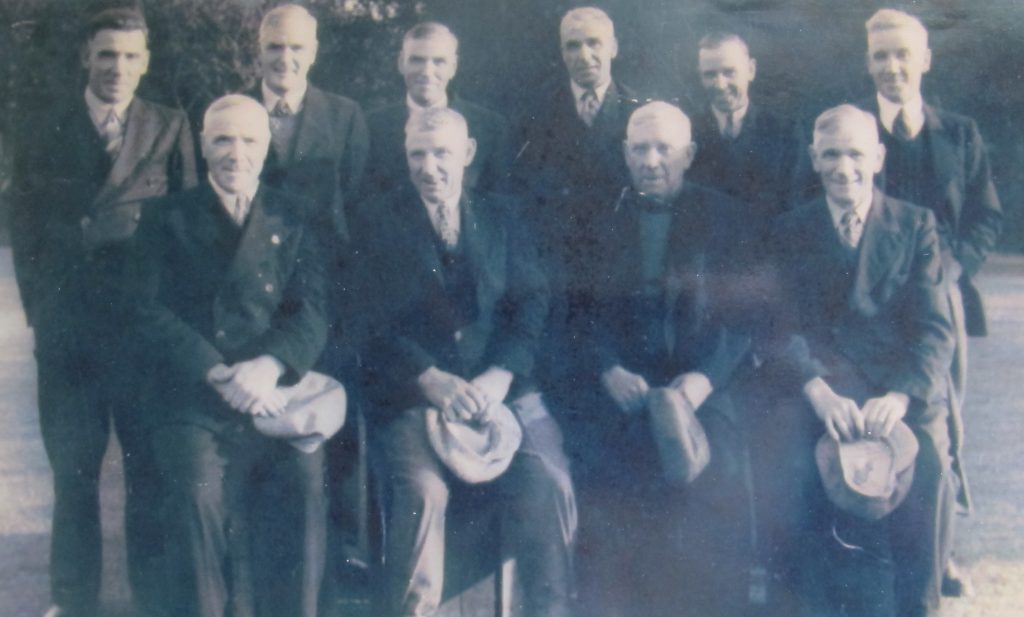 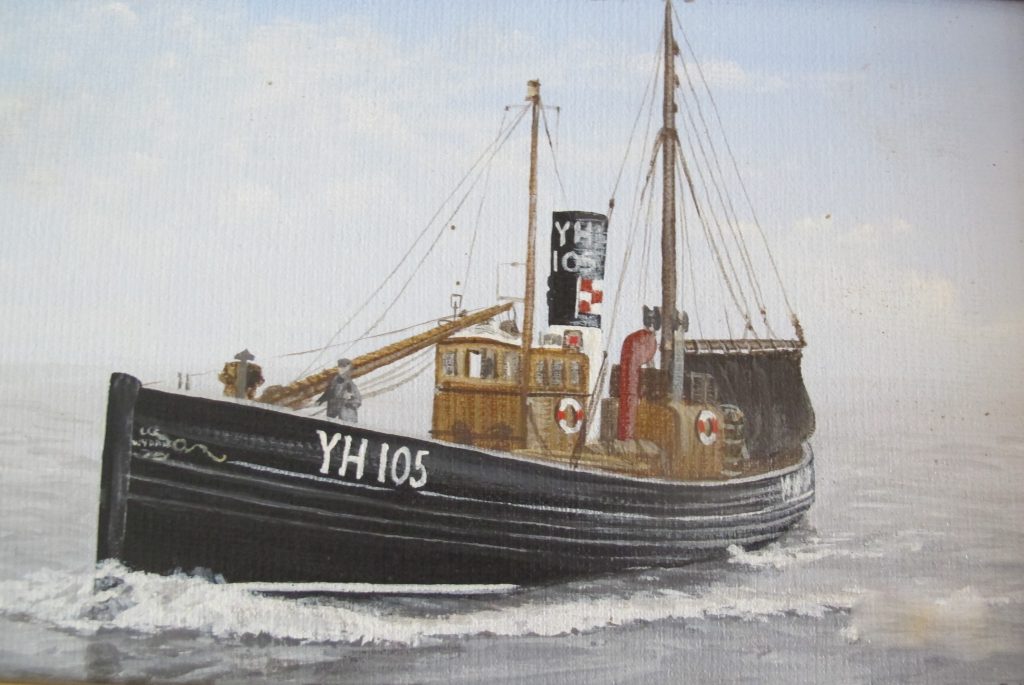 I started as an apprentice at Holman’s, a dry dock in Penzance. Ships were being released from the War service and converted to civilian use which was very interesting – the remains of guns and flares and different things which had been left by the Royal Navy. One of my most interesting jobs was on St. Michael’s Mount. We were not only marine engineers but also agricultural, local and waterwheel engineers. St. Michael’s Mount had a winch down by the harbour and a tunnel right up to the castle. The winch at the bottom, which hauled the ‘bogie’ up through the tunnel, was in trouble so Holman’s got the job of repairing it. Working on St. Michael’s Mount was like working on a little ship. Mind you, I was only the tea boy then but I was keen and I wanted to be amongst it. They used the apprentices for all sorts.

Once the war was over my family moved back to Caister so after only nine months Holman’s released me and I transferred to Crabtree’s in Great Yarmouth. At sixteen I signed a correct indentured apprenticeship for five years, working on steam and diesel ships and I thoroughly enjoyed it. There was still National Service when my apprenticeship ended and I had no trouble getting into the Merchant Navy where I joined the British Tanker Company. 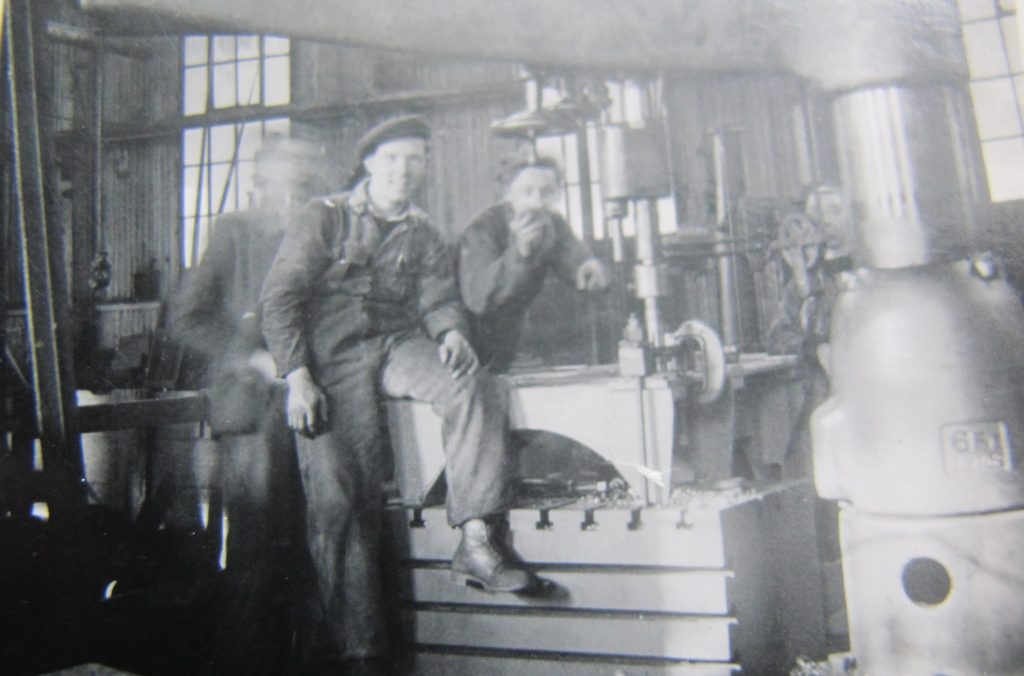 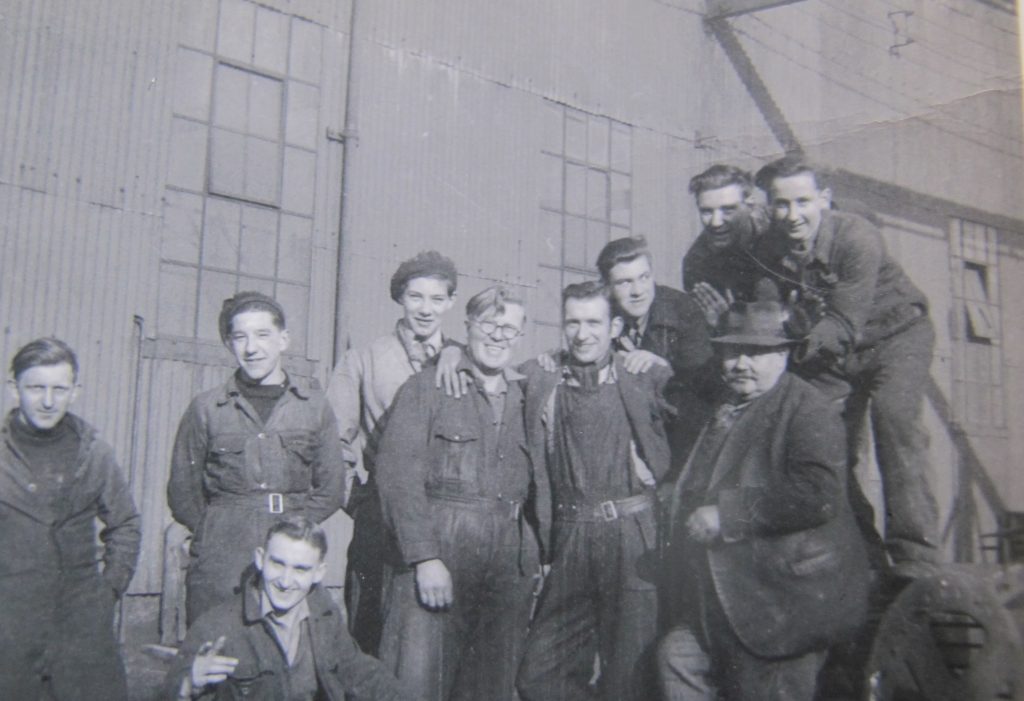 Sailing halfway round the world

My first trip was with a Doxford engine. Built in Scotland, it was a diesel engine, unique as there were two pistons in each cylinder. The explosion took place – one piston went upwards and one downwards and the injection was done in the centre of the two pistons. There were two crankshafts and it was connected by different connecting rods to a bottom crankshaft, to drive the propeller. It was only a four cylinder engine, two stroke, but equivalent to eight cylinders because there were two in each cylinder. It was as big as a double-decker bus and I was used to working on fishing boats with a maximum of about 500 horsepower. This ship was 15 thousand tons, the biggest thing I’d ever seen. In Yarmouth a 50 foot trawler was about my weight! I was one of two junior engineers, the lowest form in the engine room but we did assist on the Watch and soon played our part and became semi-professional and respected.

My first trip was to Australia and since I’d never even been to London, it was quite an adventure. We went to Sydney, through the Barrier Reef, taking Watch twice a day, four on and eight off. We discharged oil in Sydney, carried on up the Persian Gulf and loaded crude oil which we took to India. I was terribly hot in India. I wasn’t used to such temperatures and I remember spending a lot of time in the bath to cool down. I was on the British Harmony, an old wartime tanker, and, of course, there was no air-conditioning, nothing luxurious.  As we went across the Indian Ocean we saw whales and flying fish. It was all so marvellous for a young bloke who had never been further than Cornwall before. 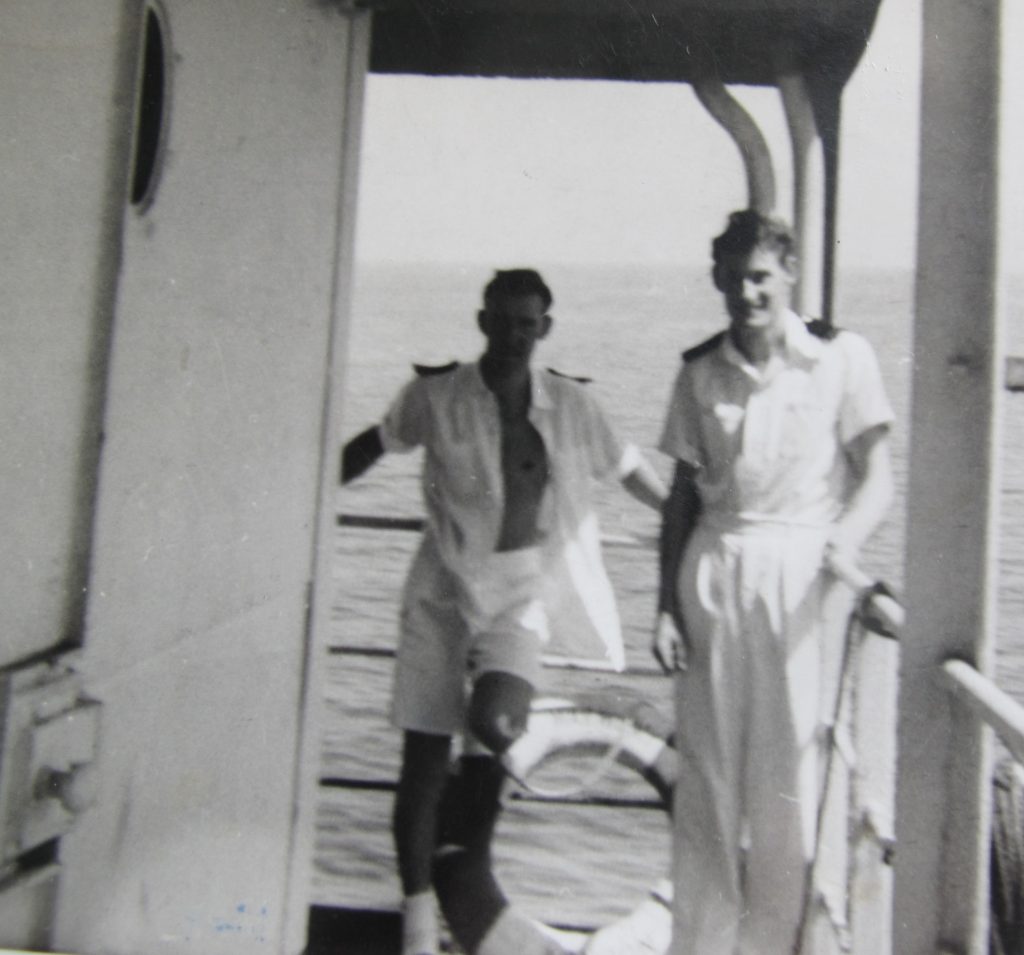 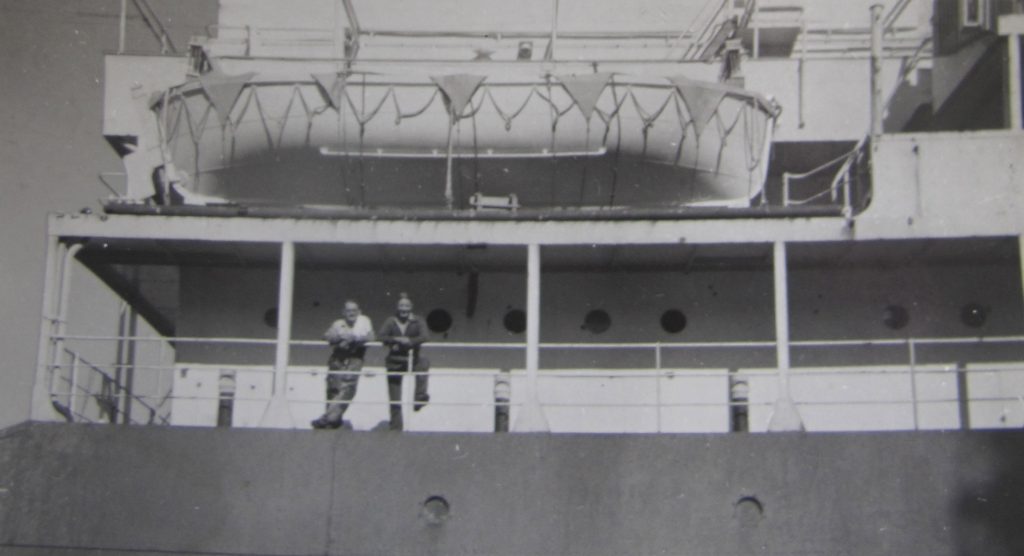 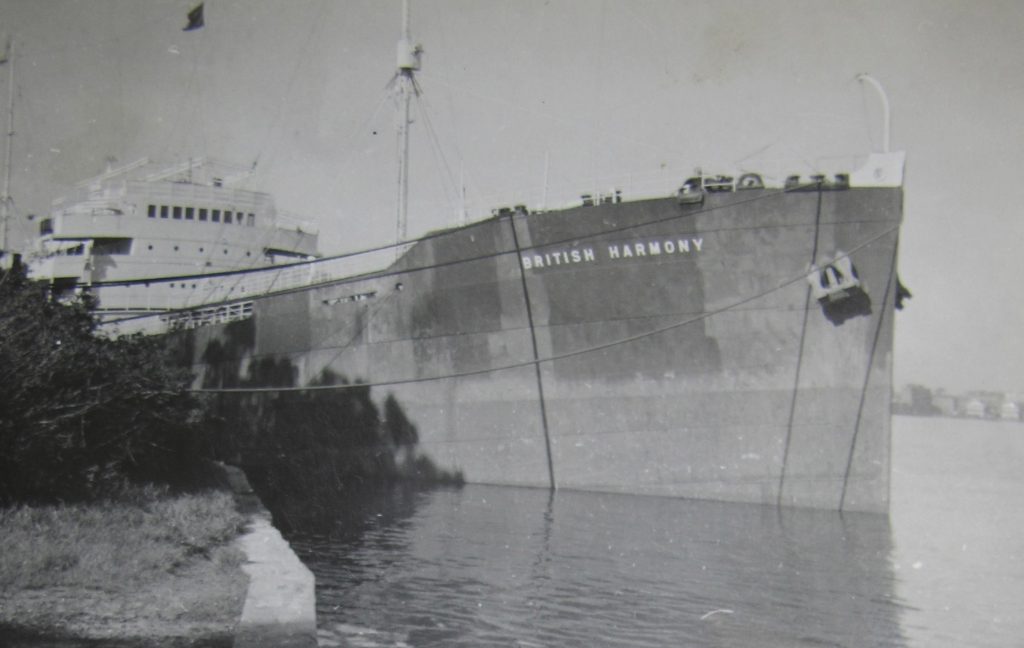 The only thing I didn’t like was that every time we went to India we had the blinking injections for malaria and that sort of thing. We only went to India three times and had to have three jabs!

We went back up the Persian Gulf, took another cargo of crude oil to Fremantle, and then headed home via the Persian Gulf again, loaded with crude for Rotterdam. I was getting a bit homesick by this time. Back then you signed on for two years. On your return to a British port you signed off the ship, signing back on if you wanted. Initially you committed yourself to two years but I was only away for nine months all told. We discharged the crude oil in Rotterdam and came across to the Tyne, for dry dock. I then left the ship, had a couple of weeks at home, and joined the Great Yarmouth Shipping Company. My mother had long realised how determined I was to go to sea and, by then, she was proud of me.

Back to Great Yarmouth

I had gained a lot of sea-going experience and I signed on the Boston Trader as Second Engineer. She was a Coaster working out of Yarmouth. The Company had about seven ships at the time, all called ‘Traders’, Yarmouth Trader, Boston, Lowestoft, and I sailed on pretty well all of them, as a Relief Engineer. Although they called them Coasters we took general cargo across to the Continent and around the East Coast. There were only two engineers on these Coasters and I was Chief Engineer on several of them. I thoroughly enjoyed it.

I worked on the Lynn Trader, Boston Trader, Yarmouth Trader, Norwich Trader and then I went to the General Steam Navigation Company and was on The Goldfinch as a Relief Engineer. I worked on a variety of engines: Soren engines, Doxford engines, Polar-Atlas, Crossleys and the German engine, Deutz. I was responsible for the maintenance. 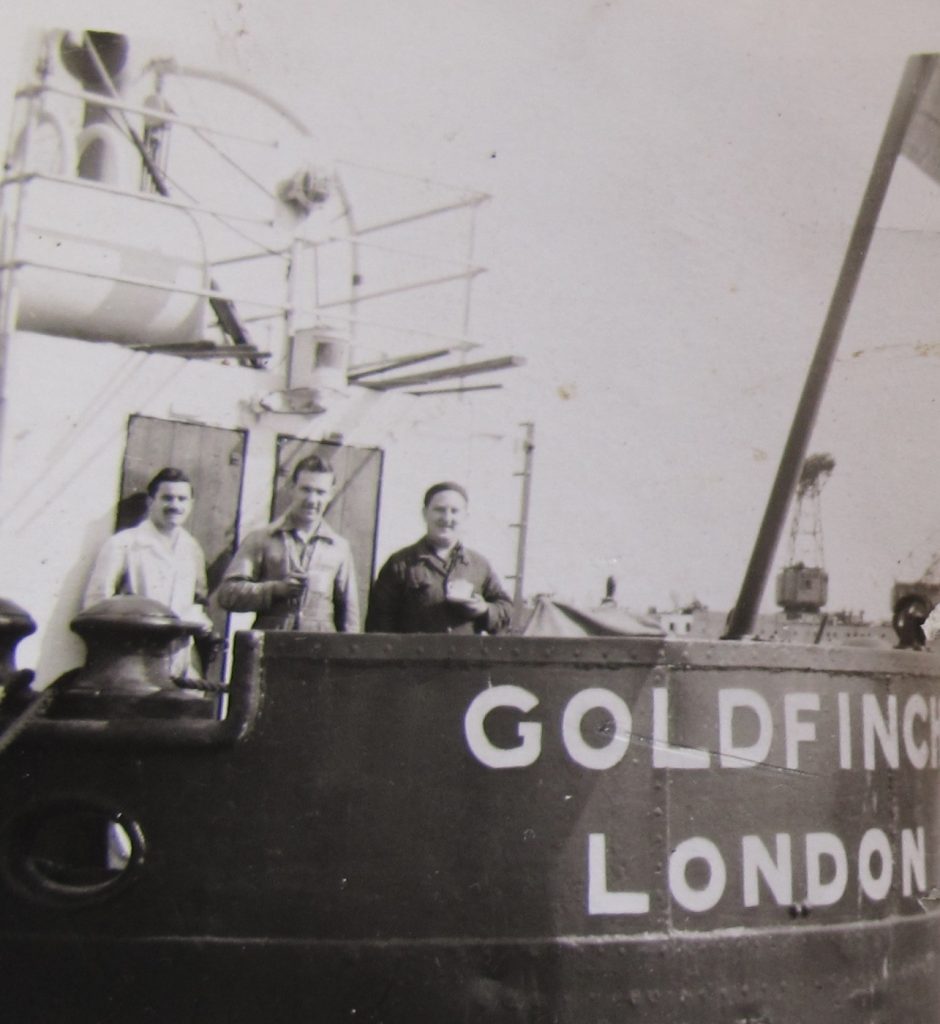 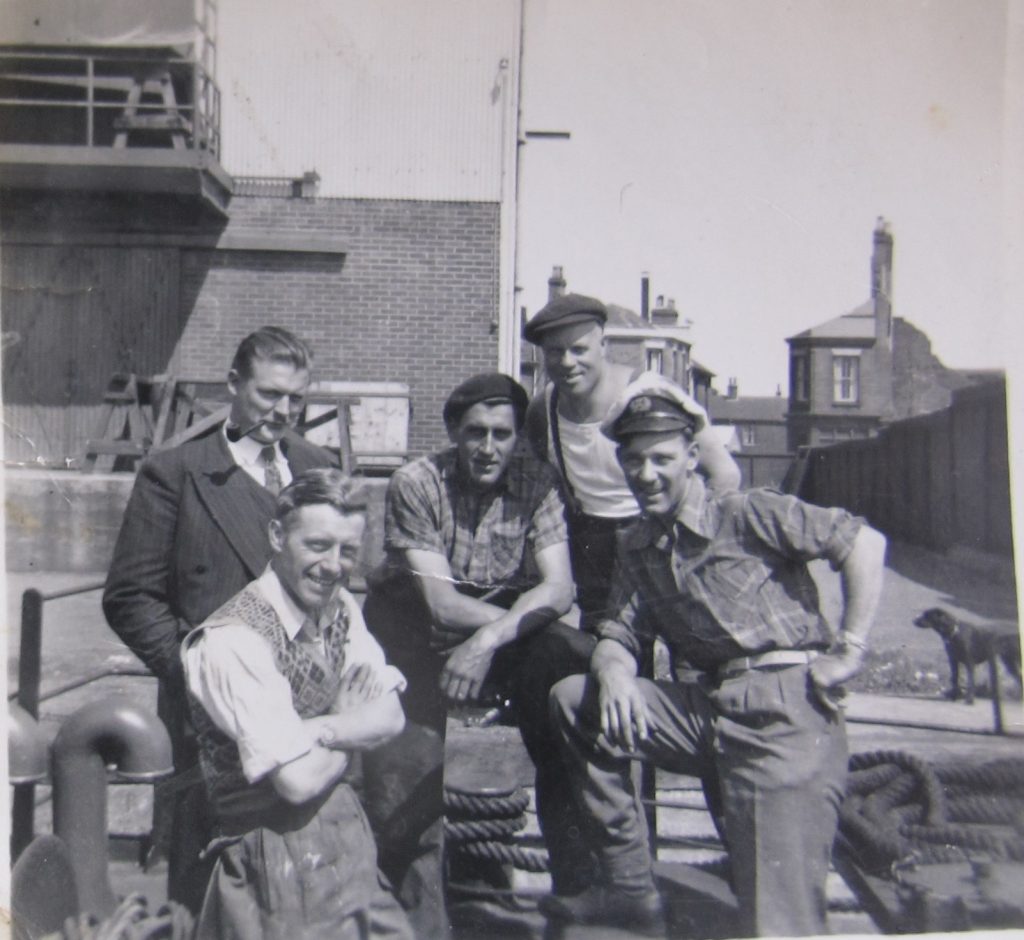 We did go up the River Yare to Norwich, one of the furthest inland ports, and I remember once we actually knocked a wall down. I think it was at Riverside where boats could turn. I was on the Lynn Trader and she had a very sharp bow, like an ice-breaker bow. We were leaving Norwich and we had to swing and manoeuvre to go downstream. I was down in the engine room and they rang ‘full astern’ to manoeuvre. I put her ‘full astern’ but the mechanics in the engine hung up and she was still in ‘ahead’, going forward! So instead of going astern to swing downstream, we ploughed into the quayside and the stern went up on the quay and knocked the wall down. I was down in the engine room. It was not my fault, it was the fault of the engine!  I stopped the engine and we rectified the fault. There wasn’t a great deal of damage and we eventually came downstream. We did that trip several times, taking cargoes up to Norwich.

The ‘Monkey Triple’ and the ‘Steam Capstan’

I loved working with diesel engines but I must tell you about a very famous engine made in Beccles called the ‘Monkey Triple’ (because the HP cylinder looked like a monkey sitting on the top!). It was a three-cylinder steam engine but only had two throngs on the crankshaft because one of the cylinders was above the top one, below the bottom one. This meant it was a very fast engine. Several Yarmouth steam drifters had the Beccles’ Elliott and Garrood ‘Monkey Triple’  and were the fastest boats out of Yarmouth. Elliott and Garrood also built a very famous steam capstan. Whereas previous capstans pulled the nets, this one had a small steam engine in the fo’c’s’le, the front end of the ship, driving the capstan through a shaft up to the top but it involved so much machinery. Elliott’s designed one with a steam engine on the top of the capstan so a little engine drove the machinery. The problem was getting the steam to it. You couldn’t put the steam pipe over the top as it would be in the way of the ropes so they put it up the middle. The central shaft which the capstan rotated on was hollow and the steam pipe came up through it and fed the steam. It was a beautiful design. Every steam drifter had an Elliott and Garrood capstan on it.

Back on dry land

Eventually I was ready for marriage. I was courting strong and most women don’t want you to be away too long so I was fortunate to get a job at the Birds Eye factory at Great Yarmouth as a Maintenance Engineer. I worked for them for over thirty years, virtually the rest of my working life. It was mostly agricultural, out in the country, on the binding machines and bean harvesters. In the early days Birds Eye cut the crops and later, when they got rid of their own machinery, the farmers took over harvesting, primarily peas and French beans, and we were offered jobs within the factory as Factory Maintenance Engineers. I was at the Yarmouth factory on the Services side, working on anything within the factory, from an office desk to refrigeration equipment, but primarily refrigeration equipment. I did one or two courses which gave me a wider scope and went up to Scotland to learn about compressors which were associated with refrigeration. 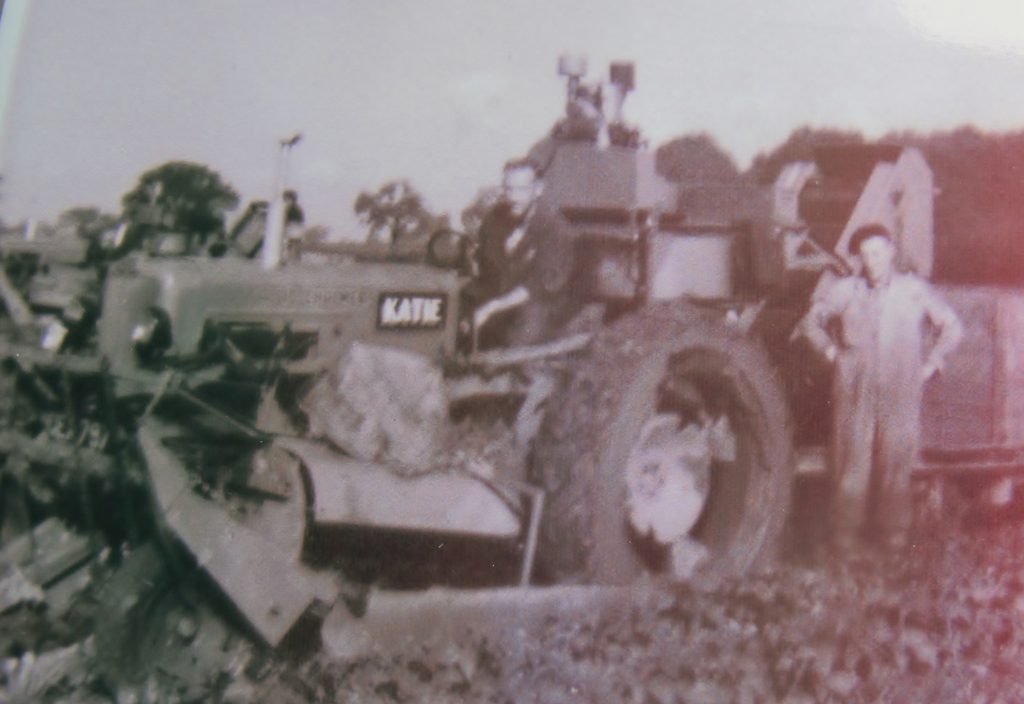 Ken with Tractor at Birds Eye.

When the Yarmouth factory closed I transferred to the Lowestoft factory, again working in refrigeration and general factory engineering rather than departmental engineering where they looked after the packaging machines. We didn’t touch them, we were all ‘heavy’ stuff. I worked there until I retired.

It’s been an interesting life. As a young bloke who’d never been out of Cornwall, my time in the Merchant Navy, sailing across the world to Australia, was marvellous, like a free holiday. Magical!