Tim talks to us about being a sailor in World War Two, a farmer in Suffolk and becoming a river inspector on the Yare and the Waveney in 1962.

My father worked as a clerk for a firm in the London Stock Exchange and when I was about 13, he asked me if I’d like to work with him. I said no; I wanted to go farming. The last thing I wanted to do was to work in an office, anywhere, because where we lived in Bromley was right on the edge of what you might call farmland; to the north was London and to the south was Kent countryside. However, it wasn’t a possibility for me to go into farming, mainly for financial reasons.

I left St Dunstan’s School and went to Sir John Cass Nautical College in Jewry Street, in the East End of London.

Joining Furness Withy and off to sea on the Pacific Reliance

We had a small 5 ton yacht at the time and my father then asked if I would like to go to sea. I jumped at the chance and, through his connections in the Stock Exchange, I managed to get taken on as a cadet with a company called Furness Withy, which was a biggish shipping company.

So after my 16th birthday, the following summer in 1939, I went away to sea on a ship called The Pacific Reliance, joining her in Salford Docks, Manchester. We sailed down the Manchester Ship Canal to London, where her trade route began, through the Panama Canal, to Ecuador, picking up bananas, trading at various ports up the west coast of America to Vancouver, Canada, then home again to London.

Incidentally they actually carried 12 passengers and the cost of a round trip was £102. We were away for about 3½ months, so it worked out a fairly cheap holiday.

War declared and a ‘civilised sinking’

Whilst we were in San Francisco, on the return trip, War was declared and so we had to get to a convoy assembling point in Kingston, Jamaica, and return home to London. As part of the cargo we had Lockheed Hudson aircraft on the deck of the ship, which were offloaded in London.

We were due to carry on round to Liverpool and Manchester, so they loaded the aircraft back on the ship again, but on the way we got torpedoed off Land’s End.

It was what you might call a very ‘civilised sinking’, in the sense that everybody managed to get off; it was a calm sea; we rowed about for a couple of hours I suppose and then a little coaster arrived to pick us up, took us into Penzance and we came home from there.

After a week or two’s leave, I subsequently joined her sister ship at London Docks, The Pacific Grove, which regularly sailed from the UK to New York. We carried 20-odd passengers mostly between Liverpool and New York. I was on her until I finished my service with the Merchant Navy, which ended up being a couple of years, as I’d already spent six months in the nautical college, which counted for two years at sea.

I subsequently joined the Royal Fleet Auxiliaries, which were auxiliary ships attached to the Navy; mostly tankers. I served as second officer on my first ship, which was called The Petrobus, stationed up in Scapa Flow and I did about 12 months on her.

At the beginning of 1942, I joined another Fleet Auxiliary ship, called The Belgol, and we sailed to Trincomali in Ceylon. I stayed with her until after the end of the War. We finished up in Singapore and I came home as a passenger on a naval landing craft.

I then joined another Fleet Auxiliary ship called The Eaglesdale, which was a freighting tanker, which carried oil from various depots such as Abadan, or Aruba in the West Indies, back to Admiralty depots in various parts of the world and filled up their storage tanks. I was on her for three years before deciding to pack up the sea altogether and come ashore.

The Government were running various schemes at the end of the War to help people get the jobs they wanted back in civvy life. I, therefore, selected an agricultural course, which involved spending 12 months on a farm. I was sent to one in Debenham, Suffolk, which in a sense was like going home for me because I had various cousins living there.

After the 12 months was up, I went on to a dairy farm at Withersdale, which had a herd of Friesian cows, as assistant cowman. It was while I was there that Hilda and I got married. This place came on the market and we moved here in 1950, where we’ve been ever since.

We bought it virtually lock, stock and barrel, with milking machines and so on. All I had to do was to buy a cow and we were away, which was virtually what we did. I mean within two or three weeks of moving in, we were sending milk away to the Milk Marketing Board, which in those days was collected in churns.

We started off with three shorthorn cows obtained from a farmer, which were surplus to requirements. I changed over to Jersey cattle, because they were smaller and more suitable for a small place like this and we finished up with a herd of about seven or eight.

Becoming a river inspector on the Waveney and Yare

Later, in about 1962, I saw an advert in the EDP one day for a river inspector, which rather appealed to me. I applied and got the job, which was with the Yarmouth Port and Haven Commissioners. I spent the rest of my working life as a river inspector, firstly on the Waveney and then on the Yare.

There were a lot more hire cruisers about in those days as opposed to privately owned craft. Nowadays it’s the other way round.

Also there used to be a fairly regular trade involving coasters running up to Norwich with coal for the power station. They used to bring in coal and load timber out. The timber was brought in by other ships mostly from Scandinavian ports.

There was also a certain amount of corn traded to Read’s Mill at Carrow Bridge and there used to be a tanker come up every now and then delivering fuel oil for the furnaces at the sugar beet factory at Cantley.

I also had the job of raising the bridge at Carrow, when needed. There was a bridge master, who lived in a house alongside the bridge and he normally did it, but when it was his day off I used to take over.

There used to be a pleasure steamer, called The Regal Lady, that used to go out for an evening cruise, so I’d have to lift the bridge to let it through and then lift it again about 10 o’clock on its return.

When there was a football match on at Carrow Road, that could be a bit chaotic; closing the gates against a football crowd. 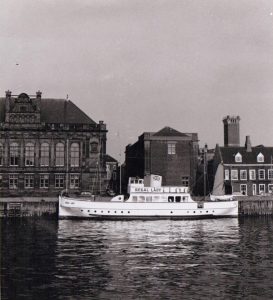 Speeding craft was always a bone of contention to everybody, especially with the wash that created and so there was more or less a constant battle to keep the speed down.

You couldn’t do anything physically to stop them; you just had to tell them. I mean we did take some of the more serious cases to Court. That didn’t happen very often though, because it was a very expensive thing to do.

I remember an interesting incident at Beccles one Saturday afternoon. There was a boatyard there at the time, Hipperson’s, and one of their cruisers was called The Edith E. It was a biggish boat about 40ft long. The hirers had taken it over and the water was too high for the boat to go under Beccles Road Bridge. The people in the boatyard told them to go upstream to Geldeston for an hour and that by the time they came back, the water would have dropped and they’d be able to get underneath. So they did this but, unfortunately, one of the people onboard got on the cabin top as the boat went under the bridge. She had no option but to step off the cabin top onto the bridge. I was following and she hopped off the bridge onto the cabin top of my launch. I chased after the Edith E and put her back onboard to join her mates. I don’t think they’d even realised what had happened; they’d simply gone underneath the bridge and left her behind.

The launch I had at Beccles at that time was a wooden boat; built by Ernest Woods of Potter Heigham in 1934 and of a type which was common on the rivers in those days. Over a period of about five years, we changed over from these to new modern fibreglass boats. These were virtual copies of the river inspectors’ launches on the Thames. Chris Groves was a river inspector with the Thames Conservancy at that time and I imagine it was through his influence we got these launches, which are still in commission as far as I know.

We had a special uniform, which consisted of a blue serge suit, much the same as a petty officer’s uniform in the Royal Navy, with a hat, white shirt, collar and tie.

From the point of view of hire craft, I suppose one of the biggest changes involved the sewage collection; from having WCs pumping straight out into the river, to them emptying into tanks onboard, which in turn are emptied at various boatyards, as required.

I remember the Queen paying a visit to the Broads. She came to Horning and was taken by police launch to Ranworth Broad, where she officially opened the Norfolk Wildlife Trust’s floating headquarters there. There were two police launches on the rivers then; a north river launch and a south river launch, which were used only on the River Yare. They were both involved, along with us, as river inspectors, and that was one of the few times we’d all met together.

All in a day’s work

The hours of work were very elastic; roundabout eight in the morning until five/six o’clock in the evening, but it was more or less as and when. I mean if something happened down the river at five o’clock at night, you went down there and you might not finish until ten. I mean it varied tremendously and you’d have no idea what was going to crop up during the course of the day. It was a very interesting working life and being a river inspector was very much an enjoyable job for me and a job you did because you liked doing it. 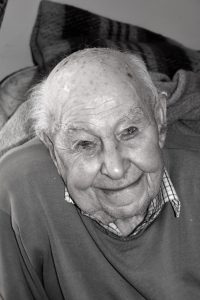